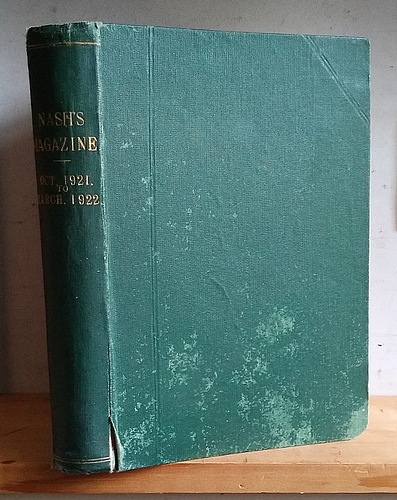 Contains: The Secret Places of the Heart by H. G. Wells. Start of ongoing serialisation. The Head of the House of Coombe by Frances Hodgson Burnett. Continuation of ongoing serialisation. Short stories include: The Pill-Box by Lucas Malet, The Shadow of the Shark by G. K. Chesterton, The Pot of Pansies by Leonard Merrick, Behind the Scenes at Monte Carlo by Mrs C. N. Williamson, The Mysterious Destruction of Mr Lewis Apple by Arnold Bennett. Green binder's cloth, lettered in gilt on spine. Cloth quite speckled , with short splits to cloth on ends of hinges, good. A heavy volume which will require additional postage outside the UK.