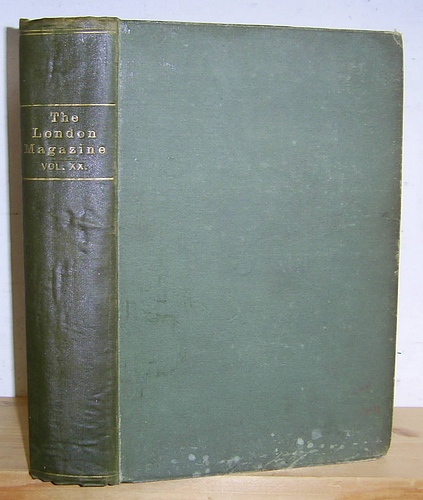 Contains: Hill Rise by W. B. Maxwell. Continuation of serialisation. Short stories include: The Future Man by Harris Burland, My Uncle's Visit by Alice Perrin, The World and the Door by O. Henry, The Black Mate ("A Complete Novel") by Joseph Conrad, Pals by Jack London, Rivals for Elisha by Eden Phillpotts, The Act of Sequestration by Rafael Sabatini, The Lat Sahib by John Le Breton. Articles include Things That Live on Mars by H. G. Wells, The Muse of the Ring by Bart Kennedy (with coloured plates after Charles Robinson). Green binder's cloth, lettered in gilt on spine. A number of spots and marks on cloth, paper tanned on edges throughout, some foxing spots, good. A heavy item which will require additional postage outside the UK.