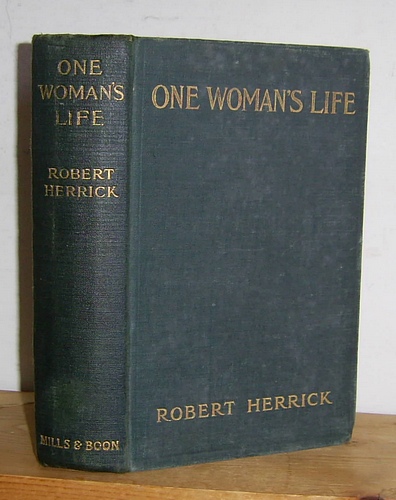 Original green cloth, lettered in gilt. Corners lightly rubbed, a few light marks, trace of removed label at foot of spine, good. Herrick was one of the "realist" American realist novelist at the turn of the C19th & C20th, and his work has been compared to that of George Gissing. The novel was originally published by Macmillan in New York in the same year: it seems odd that the British edition is not by Macmillan but Mills & Boon. Publisher's catalogue for Spring/Summer 1913 bound in at end