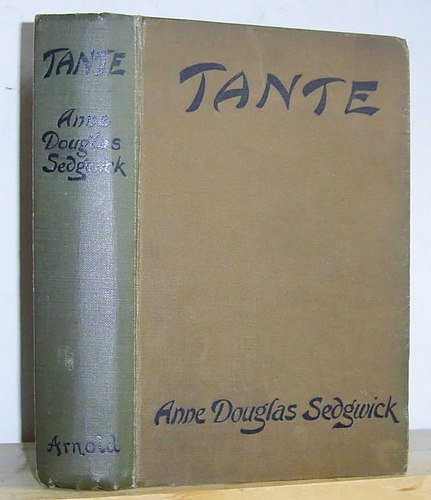 Original green cloth, lettered in black. Cloth browned on boards, foxing spots, good. Sedgwick was born in America, but married an Englishman and settled in London. She was compared by some critics to Henry James, sharing his interest in the differences between the two nationalities, and in viewing European lives from an American perspective. Tante was Sedgwick's biggest best-seller, later filmed as The Impossible Woman.