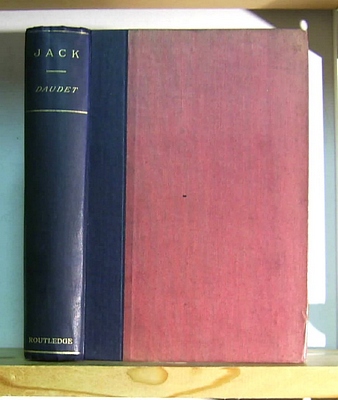 Original two-tone cloth binding: spine in navy blue with gilt lettering, with maroon boards; green-and-white patterned endpapers, top edge gilt. Boards faintly sunned, otherwise very good. Daudet's novel -- which some see as influenced by Dickens -- tells the sad story of an illegitimate boy and his selfish mother. Wolff [1729] has a two-volume edition of the same translation issued by Dent in 1896 -- and this is also the edition cited by Baker in Best Fiction. Both seem to have been unaware of the 1890 issue.